Eyes on the Fed

Investors will be focused on the Federal Reserve this week and our expectation is that it will finally announce an overdue tapering of quantitative easing. In addition, we expect Chairman Jerome Powell to make it clear in the press conference that he expects tapering to be completed by mid-2022.

Inflation is clearly a problem. The CPI is up 5.4% from a year ago. When October data arrive the year-ago comparison will likely be 5.7%, the largest increase since the early 1990s. Some of this is “transitory,” but not all of it, not by a long shot. Housing rents were held down artificially until early September, due to limits on evictions. Once nationwide eviction limits ended, rents escalated in September and we expect more of the same for the foreseeable future. That’s important because rents make up more than 30% of the CPI.

Given the likely pace of inflation in October, the “real” federal funds rate (the funds rate adjusted by inflation) is running at about -5.6%. That’s a record low, even more deeply negative than the -5.0% in early 1975 and -4.8% in mid-1980, both of which were at the end of recessions, not almost a year and a half into a recovery, like we are right now.

In other words, the current economic environment doesn’t just warrant tapering, but rate hikes. Unfortunately, rate hikes aren’t happening anytime soon. We wouldn’t be surprised by just one rate hike at the very end of 2022, but the start of a hiking cycle could also be postponed until 2023.

First, the Fed is very unlikely to raise rates until after it’s done tapering, so that alone delays hikes until at least mid2022. Second, we think the Fed will be reluctant to start hiking a few months before the mid-term elections.

And third, personnel changes at the Fed will likely give the Fed a more dovish tilt in 2022. There’s already a vacancy on the Fed Board, two openings to fill for bank presidents in Dallas and Boston, and we think Trump-appointees Richard Clarida and Randy Quarles will be gone by mid-2022, due to the expiration of their terms as Vice Chairman and Vice Chair for Supervision, respectively.

The problem with monetary policy is that the M2 measure of money is up 36% since February 2020, versus a trend of about 6% annualized pre-COVID. That surge in M2 is like a cow that’s been eaten by a snake…gradually moving through. As long as the Fed doesn’t regurgitate the extra money, the cow isn’t going away, which, in this case, means a devaluation of money relative to goods and services. 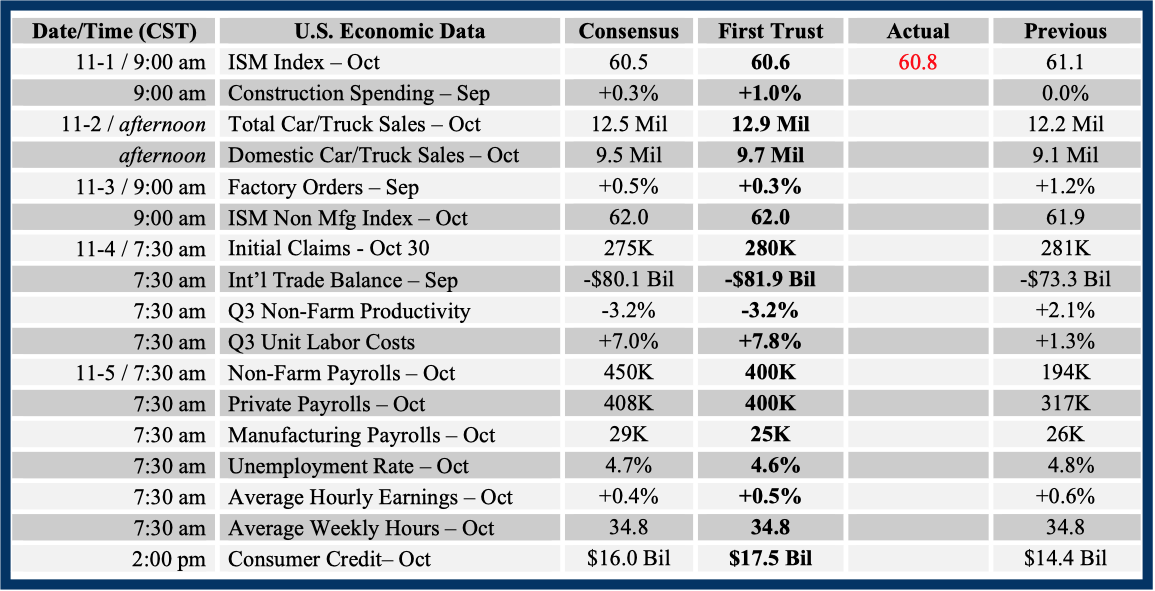